Our appellate lawyers handle all types and aspects of appeals at both the state and federal levels. In crafting briefs and oral arguments, we use our industry knowledge and understanding of the law to build creative and sophisticated appellate arguments that have resulted in favorable decisions for many of our clients. We also handle administrative appeals and writ actions, often representing national and state organizations as amici curiae.

Some of our specific services include:

Successfully argued before the Eleventh District Court of Appeals on behalf of the State of Ohio and the Ohio Department of Natural Resources (ODNR) in a case in which the plaintiff attac...

Assisted Bricker lawyers with successfully filing an amicus curiae brief to highlight and end the dehumanizing and negative ramifications of a decades-old “eviction by affidavit” p...

Bricker lawyers successfully filed an amicus curiae brief to highlight and end the dehumanizing and negative ramifications of a decades-old “eviction by affidavit” practice on behalf of...

Served as appellate counsel in an appeal from a federal district court order granting a natural gas pipeline company immediate access to property in order to construct the pipeline. This was a...

Have appeared in the highest courts in Ohio and West Virginia, as well as intermediate appellate districts throughout Ohio.

Obtained a favorable appellate decision for a joint vocational school district regarding the district’s ability to consider attendance data within the context of its teacher evaluations....

Filed amicus briefs on behalf of oil and gas clients in various Ohio appellate courts and the Ohio Supreme Court regarding the Ohio Dormant Minerals Act.

Drafted and filed an amicus brief on behalf of a managed care organization in an important False Claims Act case pending before the U.S. Supreme Court. The issues before the Court were whether and ...

Prepared an amicus brief on behalf of the American Hospital Association in support of the U.S. Department of Health and Human Services (HHS) interpretive rule providing guidance on the scope o...

Represented a consortium of public owners associations as amici before the Supreme Court of Ohio, successfully arguing that public owners in Ohio should not be liable for additional construction co... 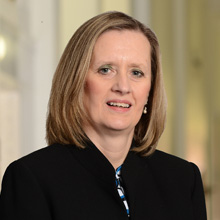 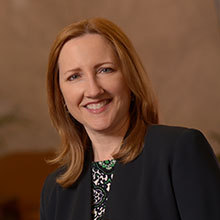 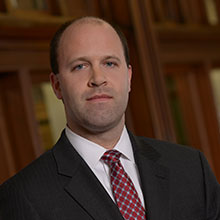 The Tenth District Court of Appeals, which handles appeals of all lawsuits filed in Franklin County courts, ended a decades-old practice of permitting evictions by affidavit on September 1, 2020.